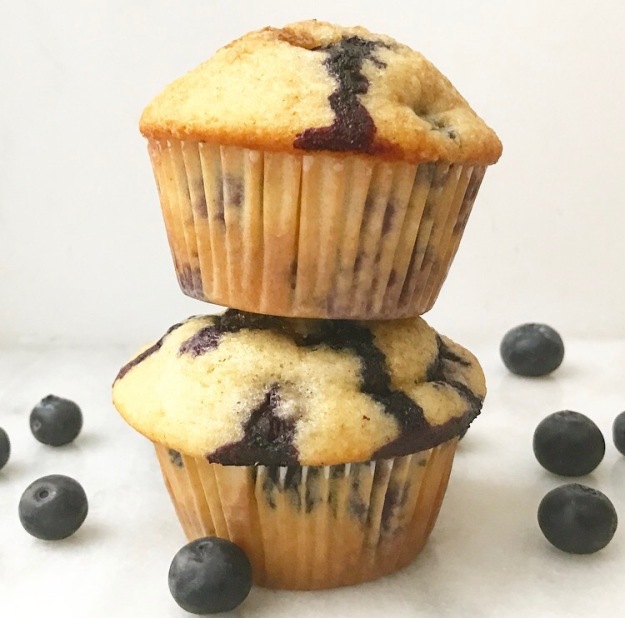 Blueberry Muffins always make me think of summer camp. I went from the time I was in first grade, and after sixteen years (twelve as a camper, four as a counselor/staff), my love of summer camp is just a part of who I am. I finished my last year at camp a mere eight days before I moved to New York–almost ten years ago!–but around this time every year, I still get the urge to pack a trunk and take up residence in a cabin in Granbury, Texas. I know I have many friends who would be happy to join me. 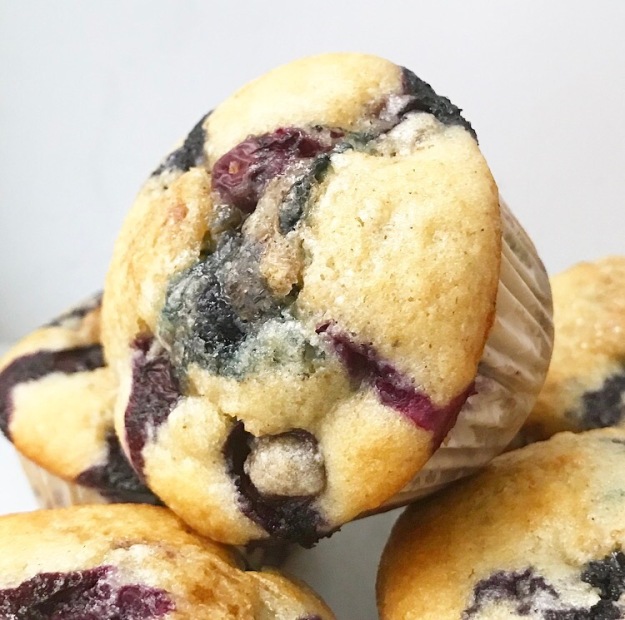 It’s different now, but the food at camp was pretty terrible back in my day, save for a few crowd-favorite meals. The highlights of the week were grilled cheese and tomato soup and blueberry muffins. Yes, blueberry muffins were as good as camp breakfast got. I don’t know how exactly it got started, but we had a tradition during those breakfasts where we’d all occasionally chant-yodel “BLUE…BERRY MUFFINS!” I wish I could explain why we all thought it was so funny, but as anyone who has ever gone to camp can tell you, it’s just a camp thing. 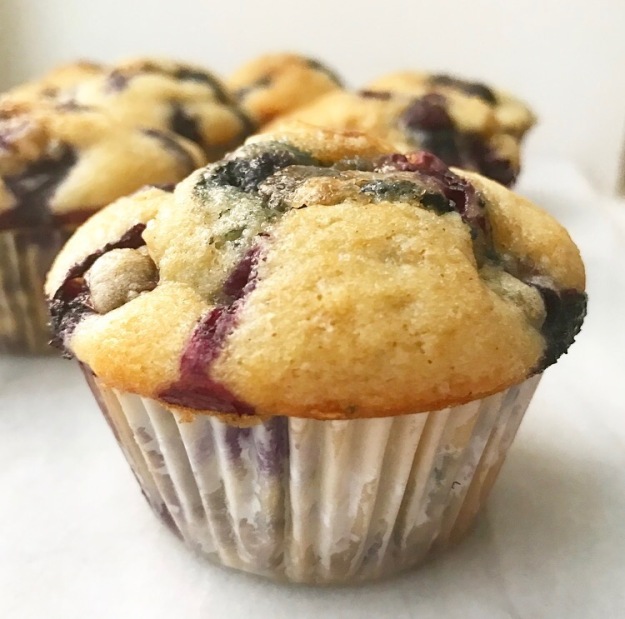 Those summer camp blueberry muffins will always hold a place in my heart, but in all actuality, they weren’t very good–dry with a hard outer crust and gummy blueberries. They worked on those early mornings, but I know I wouldn’t want one now. 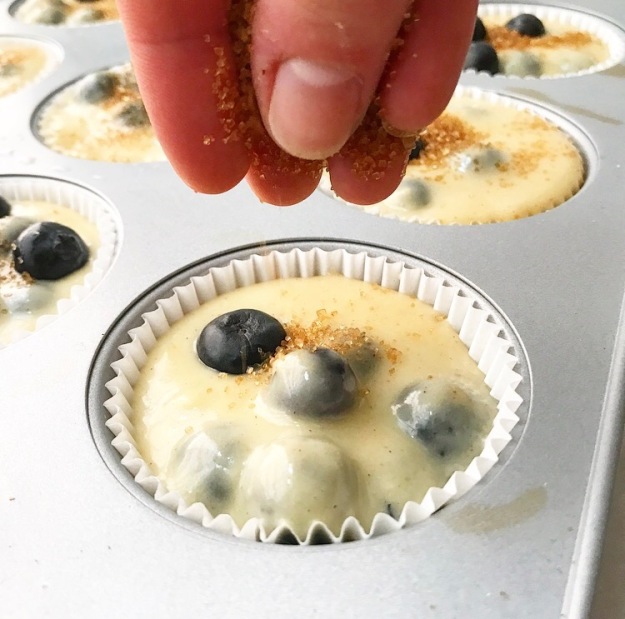 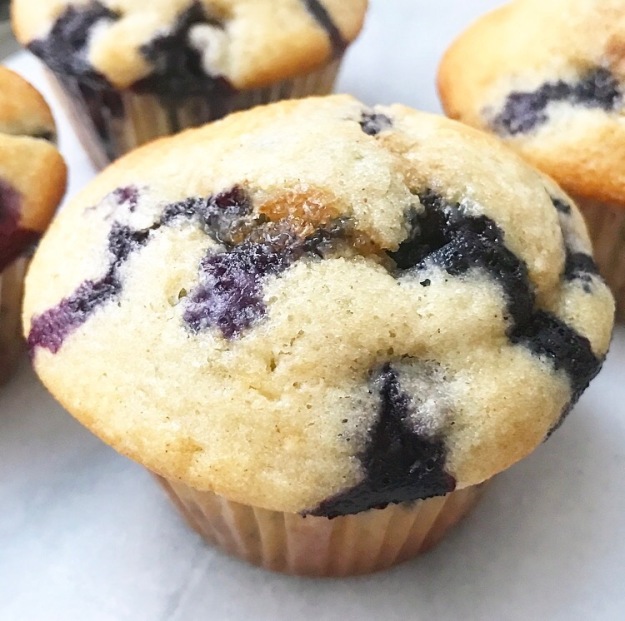 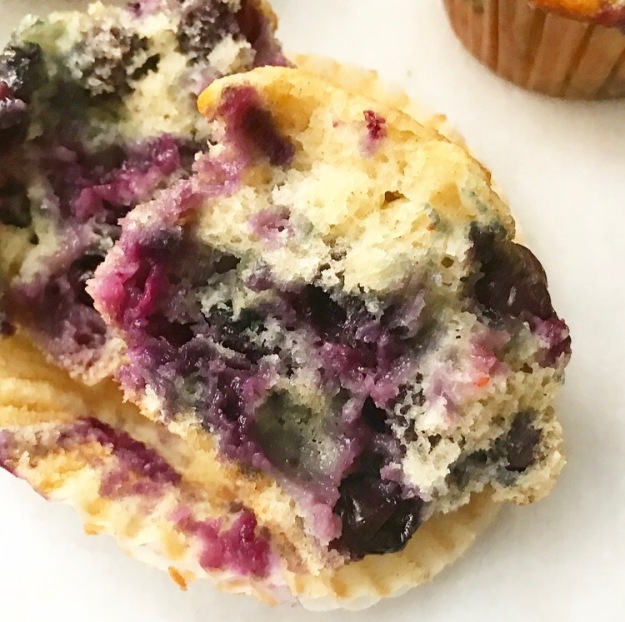 The blueberry muffins I make these days are everything you could possibly want them to be. They’re soft and fluffy with domed tops, and positively bursting with blueberries–there are two whole cups in the recipe! The muffins themselves are flavored with a bit of vanilla and nearly-undetectable dashes of cinnamon and nutmeg. They stay moist for days thanks to buttermilk, a combination of melted butter and oil, and the blueberries, of course! Really, they are everything a blueberry muffin should be.

The only things that could make them better are a swipe of butter and sharing with a camp friend or two. Or sixty. 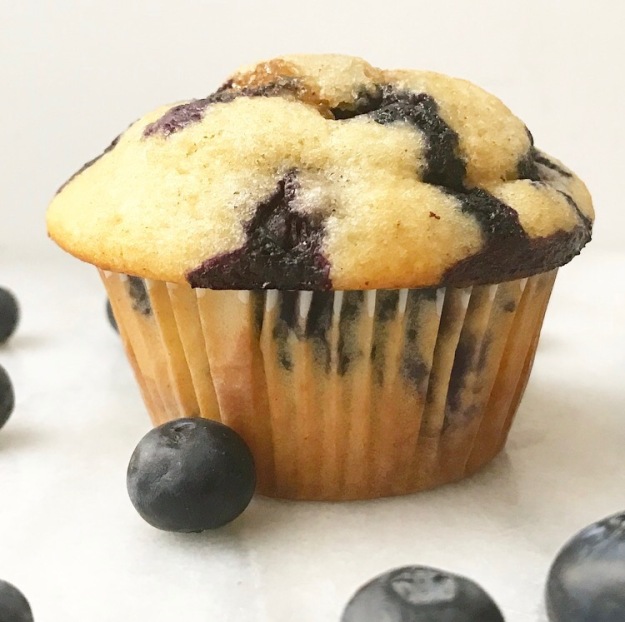 In a large mixing bowl, whisk together buttermilk, egg and yolk, vanilla, oil, and melted butter. Add dry ingredients in three installments, scraping down the bowl as you go. Mix just until combined. Fold in blueberries.

Divide batter among muffin cups–they will be almost completely full. Sprinkle with coarse sugar. Carefully tap the pan on the counter five times to release any large air bubbles. Bake for 5 minutes, then turn the oven temperature down to 350F and bake for an additional 14-18 minutes.

Remove from the oven and let cool in the pan for at least five minutes before removing to a rack to cool completely before serving.

Leftovers will keep covered at room temperature for up to three days, or in the refrigerator for up to five. 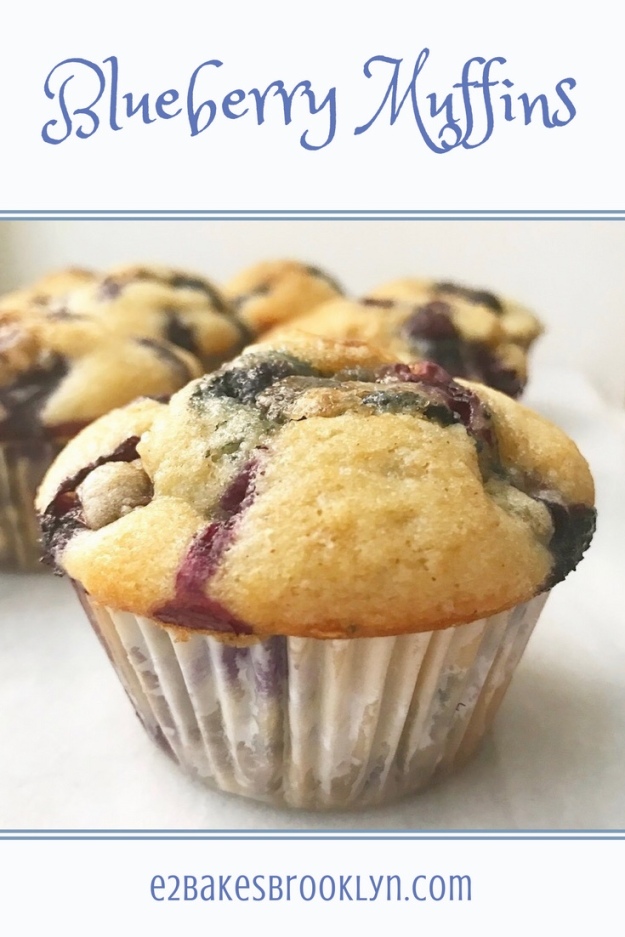