This summer is going to be a little different, but one thing remains the same: its unofficial kick-off, Memorial Day, is coming up next week. While it’s highly unlikely that I’ll find myself around a campfire or even on a rooftop anytime soon, I will not let this year go by without a s’mores-centric treat.

Is there anything that says “summer” quite like a s’more? I mean, what’s not to love about crisp graham cracker, milk chocolate (or lemon curd!) and toasted marshmallow stacked together while everything’s still gooey? 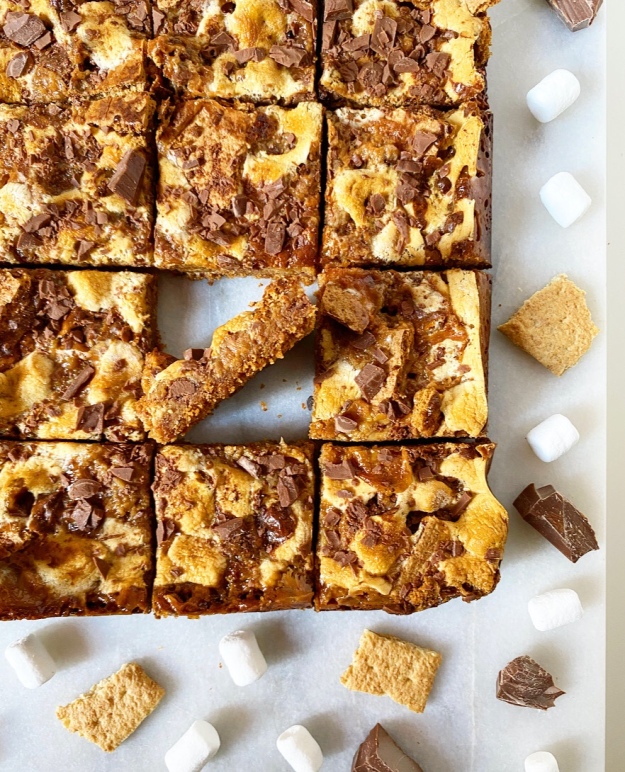 These S’mores Magic Bars aren’t your traditional summertime fare, but they have plenty of graham crackers (in the form of crust and crispy shards), chopped milk chocolate and toasted marshmallows. It straight-up doesn’t count as a s’mores dessert if the marshmallows aren’t toasted, am I right?! 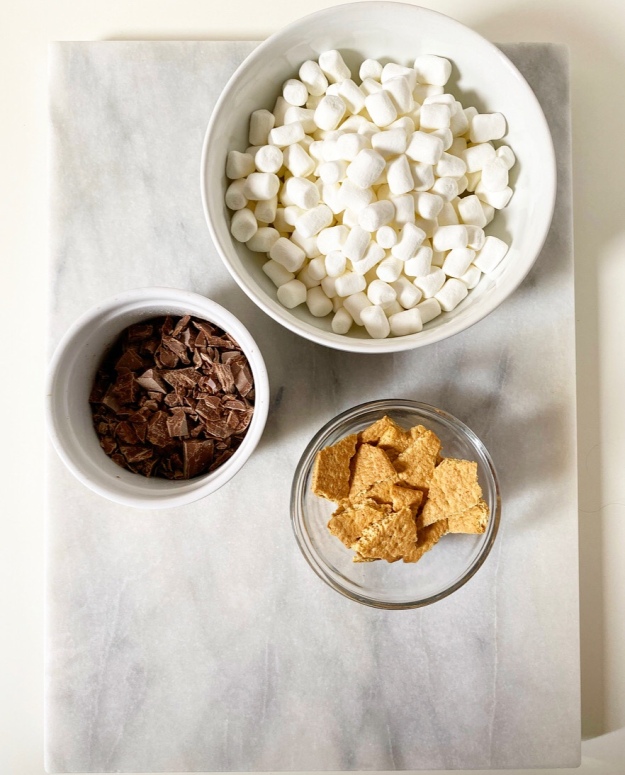 As with all magic bars, these are held together with a can of sweetened condensed milk. It serves as the structural backbone of this whole operation (along with the graham crust), and caramelizes in the oven for a toffee undertone. 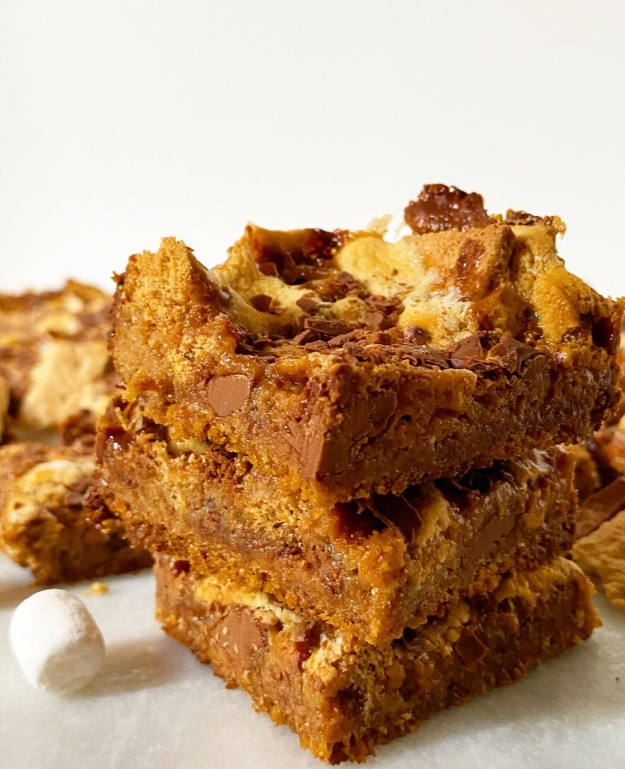 The sweetened condensed milk also gives these bars a slightly gooey finish, which is a good thing because while the marshmallows do get nice and golden brown, they also have to cool completely before you slice the bars. Like I said, we’re not going for tradition, we’re going for the most efficient way to get toasted marshmallow, graham cracker and milk chocolate into our faces in a less than ideal summer situation!

Also, unlike traditional s’mores, these sweet squares will stay good for days after baking. Days! That’s a very good thing, because I have a feeling I’m going to need a few batches between now and Labor Day. 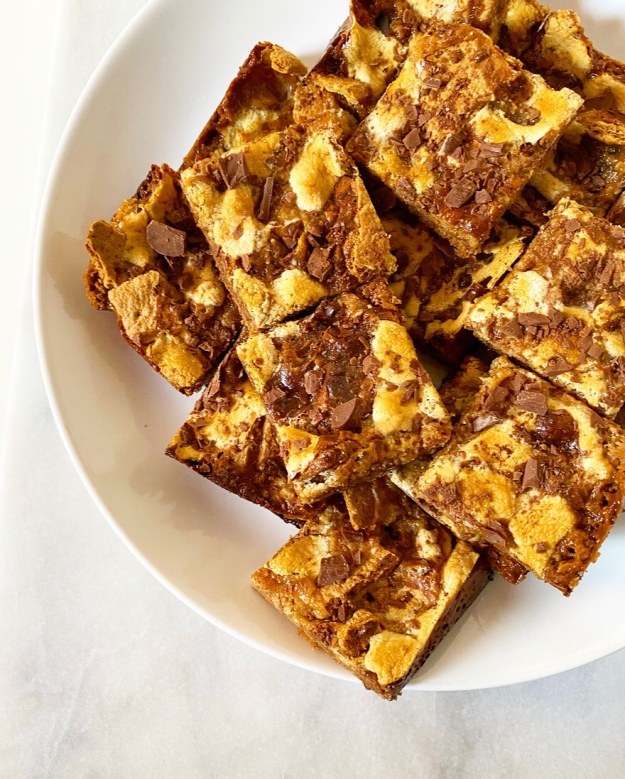 Make the crust. Place graham crackers in the bowl of a food processor and process until no large pieces remain. Add light brown sugar, melted butter, and salt. Process until the mixture resembles wet sand, scraping down the sides of the bowl as necessary. Transfer the mixture to prepared pan and use the bottom of a measuring cup (or clean hands) to press the mixture onto the bottom of the pan. Bake crust for 10 minutes. Cool it on a rack for a few minutes while you prepare the filling.

Pour 1/2 cup of the sweetened condensed milk into a liquid measuring cup or small bowl. Set aside.

Drizzle on reserved sweetened condensed milk and scatter on remaining mini marshmallows. Bake 30-32 minutes, until everything is golden brown and the center of the pan just barely jiggles when the pan is jostled.

Let bars cool completely in the pan on a rack. Use parchment overhang to remove them to a cutting board before slicing with a large, sharp chef’s knife. For clean edges, carefully wipe the knife blade clean with a damp towel between cuts.

Layer leftovers with wax paper (or parchment) in an airtight container. Bars will keep covered at room temperature for up to 3 days or in the refrigerator for up to a week. 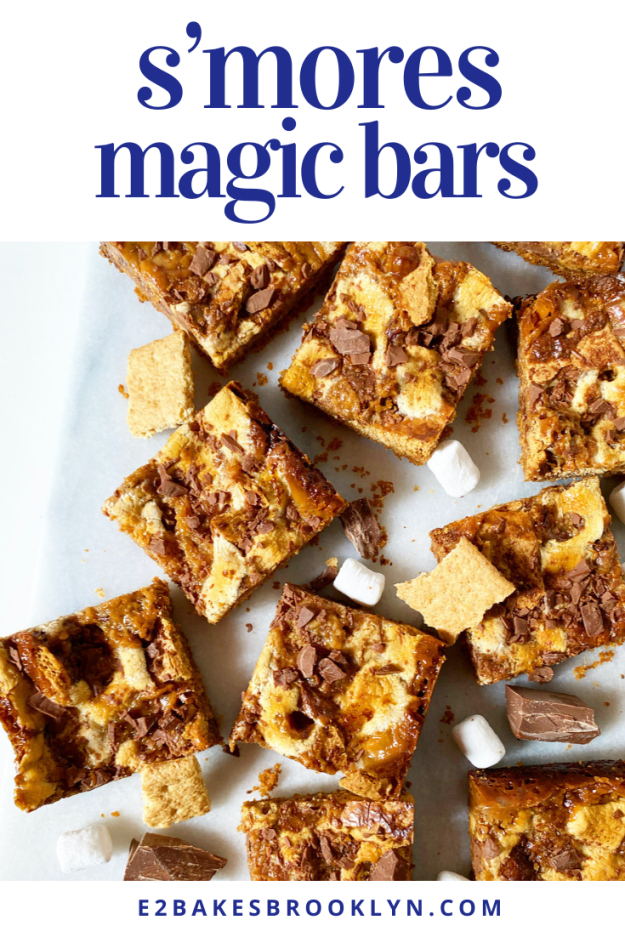